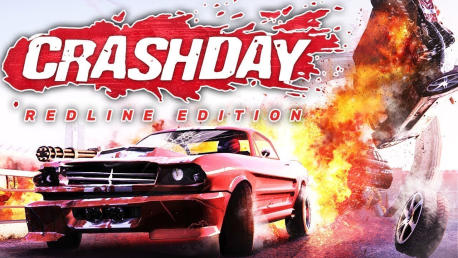 CRASHDAY: REDLINE EDITION More speed. More destruction. More fun than ever before! The most action-loaded arcade racer is back on Steam in a fully overhauled edition! Created by the original developers of the 2006 PC racing game Crashday, we proudly present the game's official ...

More speed. More destruction. More fun than ever before!

The most action-loaded arcade racer is back on Steam in a fully overhauled edition! Created by the original developers of the 2006 PC racing game Crashday, we proudly present the game's official re-release version: Crashday: Redline Edition!

Crashday: Redline Edition is the multiplayer arcade racer with near limitless possibilities! Race. Wreck. Shoot. Smash. Seven game modes. Battle online and offline. On roads and in arenas. Design and share your own tracks. Enjoy user-made mods, circuits and cars from Steam Workshop. Play the game the way you like. Today there are no rules.

Crashday: Redline Edition brings you everything that you love about Crashday, carefully enhanced in various meaningful ways:

But there's more. Here's what else you get with Crashday: Redline Edition!

Starting as a hobby project of two 14-year-olds in 1998, Robert Clemens and Jan Bodenstein developed a vision for their game of dreams: Crashday – a game that would combine elements of their back-then favourites Carmageddon (1996) and Stunts (1990). In a time long before indie games became a normal thing, the duo taught themselves about programming and creating game art to make their vision come true. Developer Moonbyte Studios was born.

Fast-forward eight years, the PC racing game actually hit the shelves in early 2006 – completed with the help of development partner Replay Studios, and distributed by then-publisher Atari. Long overdue and far more complex than in the developers' wildest dreams, the game saw a positive reception amongst players worldwide. Crashday quickly built up a community of passionate online players, track builders, and enthusiastic modders. Last but not least due to extensive modding capabilities, the game had eventually survived far longer than anyone had expected.

2017. Already past its tenth anniversary and driven by tremendous support from a few still-active Crashday players and fans, Moonbyte decided to bring their “baby” back to Steam. Nowadays, in a fully digital landscape, the way community-driven online games are played and shared has changed – perfect conditions for a game like Crashday, and surely the ideal opportunity to pay tribute to the fans by making use of new technology and distribution channels while staying true to its roots. This is Crashday: Redline Edition.