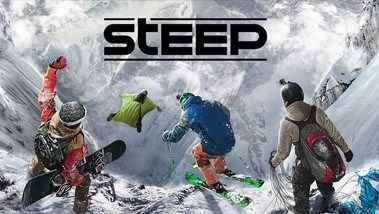 Steep - Road to the Olympics

This is why you can't launch the game anymore, people! I knew you were incompetent, Ubisoft, but this♥♥♥♥♥♥takes the cake...
This is to the people who can no longer start the game.
So while reverse engineering parts of the game to create interoperability with my tool I discovered that the incompetence from Ubisoft isn't just limited to gameplay and optimizations, but also to architecture.

Basically, they've changed from Intel SSE to Intel AVX. SSE and AVX are instruction set extensions for CPUs (This affects AMD as well, since AMD uses the instruction sets created by Intel).

Now, while SSE instructions are supported on pretty much any CPU that anyone still has today, AVX is not.


The CPU in the minimum requirements will work, but any idiot should realize that changing CPU support on an existing game, is moronic at best.

Minimum requirements doesn't list CPU features, it lists a CPU that people can use to estimate whether their CPU is strong enough.

If they buy it, and it runs fine, they shouldn't have to buy a new CPU a year later, because of some ♥♥♥♥♥♥♥♥ change in hardware requirements.
You do that♥♥♥♥♥♥on a new game, not a patch to an existing one.

FYI, the switch from SSE to AVX adds no benefits to a game like Steep, unless they now use it to perform intensive computations for NASA while you play.

To know whether you're affected by this, look up your CPU. For Intel, this is pretty easy as they list all the specifications on their website. Eg. if you have i7 920, Google that, then pick the Intel.com link that shows up. On that page, scroll down to "Advanced Technologies" and look under "Instruction Set Extensions". If it doesn't list AVX, you're ♥♥♥♥ed.
Eg. "SSE4.2" < Bad, you're ♥♥♥♥ed. "SSE4.1/4.2, AVX" < You're good.